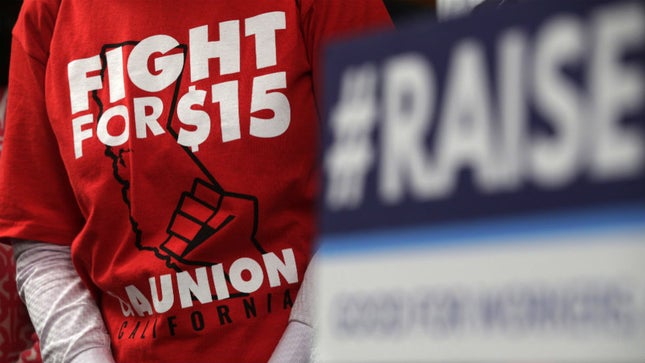 With 2020 gone (praise the Lord), we are facing a new challenge as we recover from what will be one of the most memorable year of our lives. Our clients have been asking us about the impact of a Biden/Harris White House. There are many potential impacts with a new administration. Here we willl address the minimum wage.

Incomming President Joe Biden is seeking to increase the minimum wage from $7.25 per hour to $15.00 per hour. This is part of his $1.9 trillion pandemic relief bill that his economic team released yesterday, Thursday January 15th, 2021. Biden’s new plan also eliminates the minimum wage thresholds that apply to workers who receive tips, such as restaurant servers. The restauraunt industry will certainly take the biggest hit up front. Currently, an employer of a tipped employee is only required to pay $2.13 per hour in direct wages.

We are accountants, and we listen to the politicians’ sales pitches and calculate the impact on our clients. Let’s put this into real numbers. With Covid-19 impacting the heart of industries like restaurants, you’d think our government would do everything they could to revive those indistrues. Consider this: If you own a restaurant with 10 servers who each work 30 hours per week, increasing the minimum hourly wage from $2.13 to $15.00 will cost you exactly $216,131.06 in additional payroll expenses in one year. If you were a restaurant owner and were faced with this, what do you think you would do? My thoughts exactly…

Raising the minimum wage has been a topic in Congress for many years, with employers arguing that this will hinder job creation by making it more costly to hire new employees. Despite these economic concerns, states like Florida voted to increase the minimum wage to $15.00 per hour in November 2020.

The federal minimum wage has not increased since 2009. Though Biden had promised to raise the minimum wage to $15/hour if he were elected President, there is no clear path in 2021 to having a filibuster-proof majority in the Senate to accomplish this task. The 2019 the House attempted to raise the minimum wage to $15 with a bill called the “Raise Minimum Wage Act”. This was passed by the House and pushed up to the Senate. The Republican Senate rejected it quickly.

Currently, increasing the minimum wage is a state’s issue. With this new era of government overreach into our lives, it may not remain that way. The Democratic Party will now take control of the Senate in the 117th Congress due to a 50/50 tie with Vice President Harris as the deciding vote. Even though the Democratic Party now controls 2 out of the 3 branches of our government, the earliest that Biden can pull off a federal wage increase would be 2022.

We suspect the President will push his Congress to make him a man of his word and assist him with re-election to a second term. At best, Biden can increase the minimum wage immediately for workers on federal contracts via executive order, but not for the rest of America. This will take an act of Congress, and they will certainly act quickly.

BIG CHANGES ON THE WAY

Over the past few years, we have played a huge role in our clients’ lives. In 2020, this need for us solidified with our community, as we became one of the most valuable & relied upon advisors in issues tax related and beyond. Whether it was a banking issue, tax concerns, or being in need of a “socially distanced” shoulder to cry on, our clients called us first. And we were here, and we care. We Care Here.

We should all plan now more than ever for both tax and overhead cost increases, and we need to prepare for the big changes that are coming. Certainly, we should all plan on this new Congress to pass a bill to raise the minimum wage within the next 2-3 years. And President-elect Biden will certainly sign it.